Kaduna SWAN Appeals To Government To Revive Kaduna United
Zainab Tanimu
Kaduna, North -West, Nigeria
Following the poor performance of Kaduna United at the Nigeria National League which led to its  relegation to Amateur league in the last season, the  Sports Writers Association of Nigeria, SWAN Kaduna state chapter has appealed to Kaduna State government to revive the dying team. 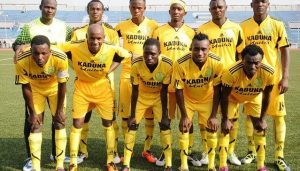 Also, Kaduna SWAN has expressed its displeasure over the withdrawal of Kada City Football Club from the Nigeria National League. 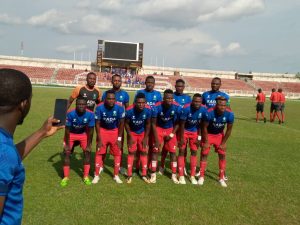 As Sports writers, we are deeply disturbed about this unpleasant development, hence the need for all stakeholders in the state to rise to this challenge.
This was contained in a statement jointly signed by Comrade Jacob Zango and Comrade Abdulwaheed Olayinka Adubi Chairman and Secretary, respectively, of the Association and was made available to newsmen  yesterday.
Kaduna SWAN described the development as unfortunate, especially for the football lovers in Kaduna state, stating that Kaduna state is known to be the hub of football stars and other sports athletes with talents that have not only represented the state, but the country at different international tournaments.
” With this development, we are worried, and that is an indication that Ahmadu Bello Stadium and Kaduna Township Stadium may not witnessed any form of competitive football match in the next one year”.
Kaduna SWAN therefore called on all stakeholders to be on the same page in solving the problem. ” In the interest of football, we must all bury our differences in seeking way forward for quality representation in the Nigerian league”, the statement emphasized.
” We are appealing to Kaduna State Government to revive Kaduna United Football Club for a better representation in the Nigerian league and put a management team that will run the club transparently; gives proper accountability and make the team independent of government. But government must start by supporting the team in the first two seasons.
” The relegation of Kaduna United from Premier league to National League, and now to amateur is  disheartening to the football lovers in the state. We believe that with proper management of Kaduna United, the Club can regain back its lost glory”. 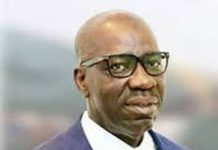 Honour Sirawoo’s Led SWAN Case Against NUJ, 2 Others Adjourned To...